If you are not quite a fan of using Git from a command prompt or a terminal to carry out tasks, and you prefer a Visual User Interface instead, the two of the great apps GitHub Desktop and Sourcetree comes to your rescue.

These are third-party tools for using Git. These clients are GUI clients for using Git from UI. If you are not comfortable using a command line interface for Git commands then you can use these Git Client to perform the equivalent operation instead of typing the Git commands in command line interface like Command Prompt in Windows or Terminal in Mac.

In the Upcoming tutorials, we will see how can we use SourceTree and GitHub Desktop to carry out Git tasks that are equivalent to using Git in a command line or terminal. For example, we will see how a specific git command’s equivalent operation works in a Git Client.

We have already covered What is Git and Installing Git on Windows, Mac, and Linux

You will be presented with two option, Download for Mac OS X and Windows.

As soon as you launch the app, you will be presented below screen. 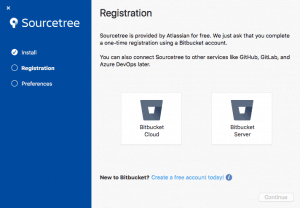 Complete the SignUp process and verify the email which you have to create an account. 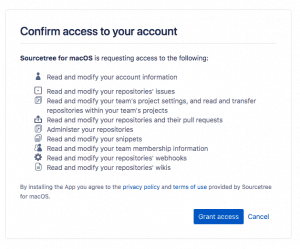 After which the Registration and Login are successfully completed. 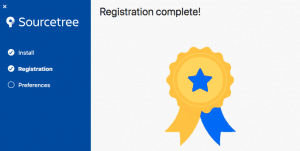 Click “Continue” and in the “Preference” option, choose your preferred name and email for GitHub.

Creating and working on a repository via Sourcetree will be explained in the next tutorial.
Let’s move on installing GitHub Desktop.

Once, the app is launched, you will be presented with the following screen.

If not already created, create one at https://github.com/join

But Sourcetree and GitHub Desktop are the mostly used Git Client worldwide.

In Next article we will cover how to create a Git repository using Git command line interface and Git Client like Sourcetree and GitHub Desktop.