What is Git or GitHub?

Speaking in layman’s term, Git is nothing but a source code control system used in an organization to effectively manage source code.

git also helps in managing a release. Like we have different Android version say, through git even we can maintain a different version of our project with different features.

Difference between Git and GitHub

People are generally confused between Git and GitHub, and the two are not the same.
Git is a source code control system which manages the source code while GitHub is hosting spot where all Git Repositories containing source code exists.

How do I get started with Git?

As we already know, Git is nothing but a tool which performs operations over the source code.

We can start using git by simply Installing git tool in our System.

(The Installation tutorial across all the platform will come up in the subsequent tutorial.)

Right after the git installation, the tool should be able to effectively manage the code in GitHub repositories hosted at GitHub.

Repository which exists at GitHub is termed as a remote repository.

Repository which has been “cloned” from remote repository to our local system for supposing say adding a new feature, performing changes to existing code, etc. is called Local Repository.

To get a basic understanding below is a sample repository at GitHub by our famous open-source organization apache for its stack “spark”
https://github.com/apache/spark 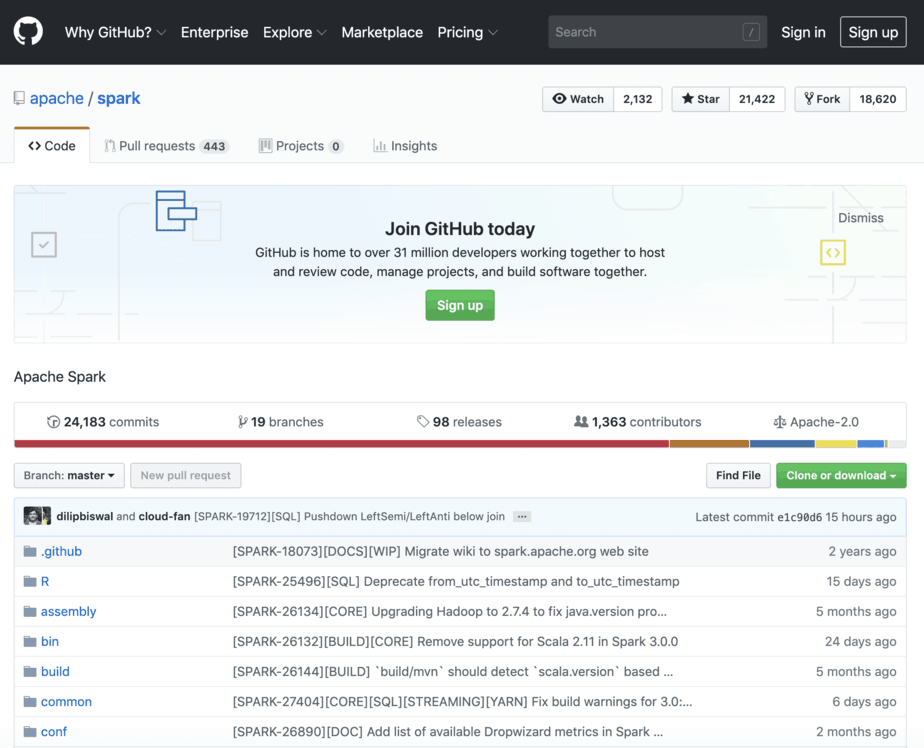 We can use the clone option available in git to copy the source code in our local system and start performing desire changes and submit those changes to the remote repository if we have permission to do so.

origin – when we clone code from a remote repository, git remembers the location from where it has been copied. So, when we submit these changes, git scans if the value of “origin” exists, if so, it pushes these changes to the origin from where the code has been downloaded.

How can we create a git repository?

2. GitHub Web via UI – We can directly create a repository at GitHub web, then clone the blank repository to make some changes to it.

Before we proceed further, let’s learn how to Install git tool across various Operating System in the coming post.