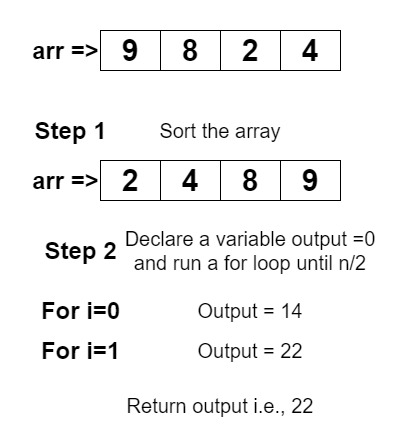 Given the array of integers. The array should be treated as a circular array which can be traversed to the first element directly after the last element. We have been asked to find out the maximum sum of the differences between the consecutive elements. And we have the advantage to rearrange the array. Such that we can maximize the sum of the differences.