The problem “Form minimum number from given sequence” states that you are given some pattern of I’s and D’s only. The meaning of I stands for increasing and for decreasing we are provided with D. The problem statement asks to print the minimum number which satisfies the given pattern. We have to use the digits from 1-9 and no digits should be repeated. 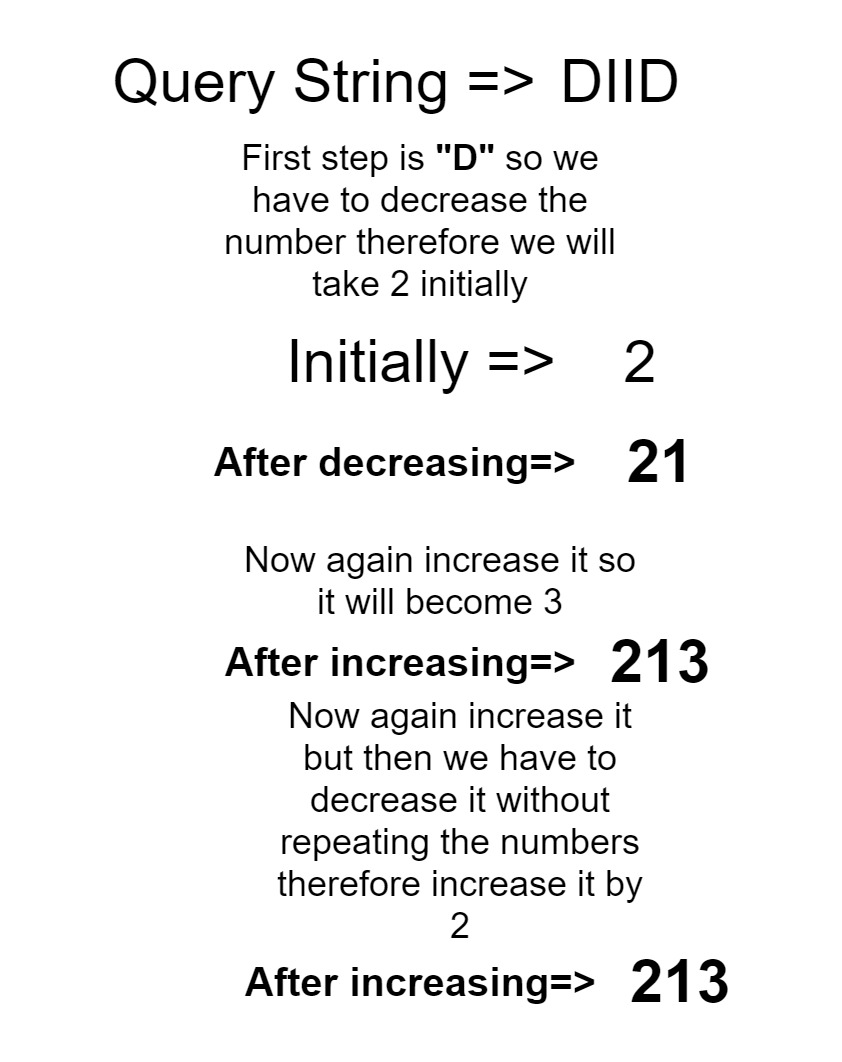 Algorithm to form minimum number from given sequence

Given a string and of I’s and D’s only, we are asked to print the pattern which can be formed with the given string. Here I refers to increasing that is we have to make or form a minimum number which can justify the given sequence. Suppose if we say DI, where D stands for decreasing minimum number such that 2 is followed by forming 21 as a minimum number. the digits can not be repeated, the number can only contain the digits from 1-9. After that, “I” is there, we should form a minimum increasing number. Since 21 is already there. We aim to form an increasing number. Thus 1 is followed by 3, because 2 is already in use, and after that 3 is the only number which can be joined.

With all of these concepts and ideas, we are asked to print that minimum number which follows and satisfies the given conditions. We are going to use the output array in which we all store our output to that character array. We made some conditions for data validation and verification. If we find the length of the string greater than or equal to 9. Then we return -1 as result because we are strictly ordered to use 1-9 digit and no digits can be repeated.

C++ code to form minimum number from given sequence

Java code to form minimum number from given sequence

O(N) where “N” is the length of the query string. First check that we enter inside the nested loop, only if we have reached the end or if the current index is I. And the nested loop runs in a backward direction and we come out of the loop if come across I. So we can say that we enter the nested loop when we encounter an I and work on indices that have D stored at them. Since each index can either have I or D. We are traversing over each character only one. Thus the time complexity is linear.

O(N), because we have created an output character array to store the result. The space complexity for the problem is also linear.