Decision Tree is a decision support tool that helps us for finding the best result. It’s used to classify and predict some tasks in an efficient way. Decision_Tree is a type of flowchart which we can represent in the tree data structure. In decision tree nodes are denoting tests on some attributes. Edges of the decision_trees represent the result or outcome of the attribute. 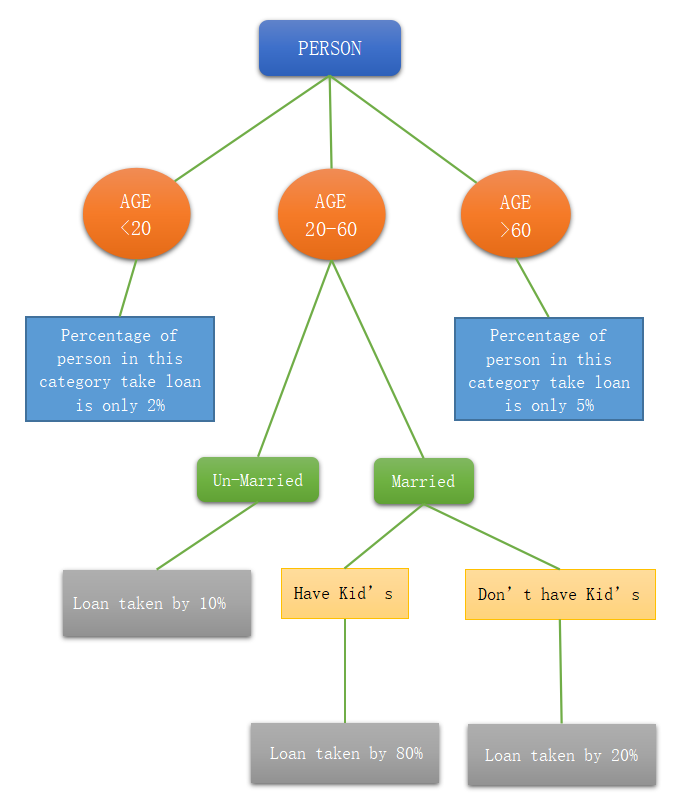 So, the loan company gives much preference to the category of a married person who has kids. This is the best example of how marketing is done by any loan company.

It represents the class label and not further divided into subsets. If we want the result of any decision then we go to the leaf node for that decision and get the result.

Those nodes which we can divide into sub-nodes or child nodes is called the parent of their sub-nodes. Sub nodes of decision nodes are our child nodes.

When we remove or delete the child node of a parent node then this process is called pruning. In other words we say that pruning is the opposite of splitting.

It’s a type of supervised learning algorithm in which we have already a dataset of target variables. In the real world, we use a decision tree where the concept of classification comes. It works for the set of contiguous input variables. In this, we divide set into subsets on the basis of different attributes. We do splitting and pruning as per the desired result which we want.