What is polymorphism in Java

Polymorphism in Java as the name suggests means the ability to take multiple forms. It is derived from the Greek words where Poly means many and morph means forms. In Java, polymorphism in java is that the same method can be implemented in different ways. To understand this, we need to have an idea of inheritance in java as well which we have learned in the previous tutorial.

Types of Polymorphism in Java

Below are the different types of polymorphism in java.

Let’s understand this in detail with the help of examples.

Below is an example of method overloading where the same method can have different types of parameters. In the below code, we have a method subtract with 2 different types of parameters. One has parameters of type int and the other of type double. Now, when we call the method using the class object, based on the type of data, it calls the corresponding method. Hence, the first method calls subtract(int, int) since we are passing integer numbers. The second method calls subtract(double, double) since we are passing double numbers. 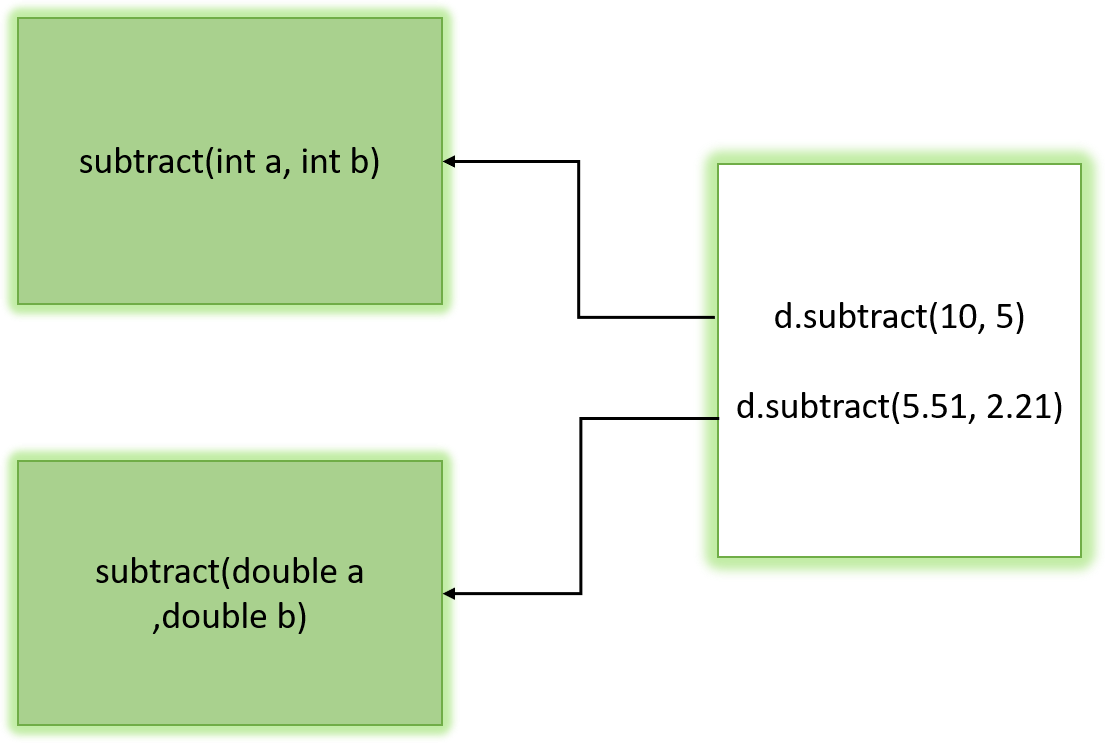 Similar to method overloading, we can also override an operator which is also an example of static polymorphism in java. But we can overload only the “+” operator in Java and do not support the overloading of other operators. When we use String as operands between + it results in String concatenation. When we use numbers as operands between + it results in the addition of two numbers. Below is an example of + operator overloading.

You will be able to understand this concept clearly with the below example. We have created a parent class Vehicle and 2 subclasses Bike and Car. The parent class has a method speed and both the subclasses have overridden the base class method speed. 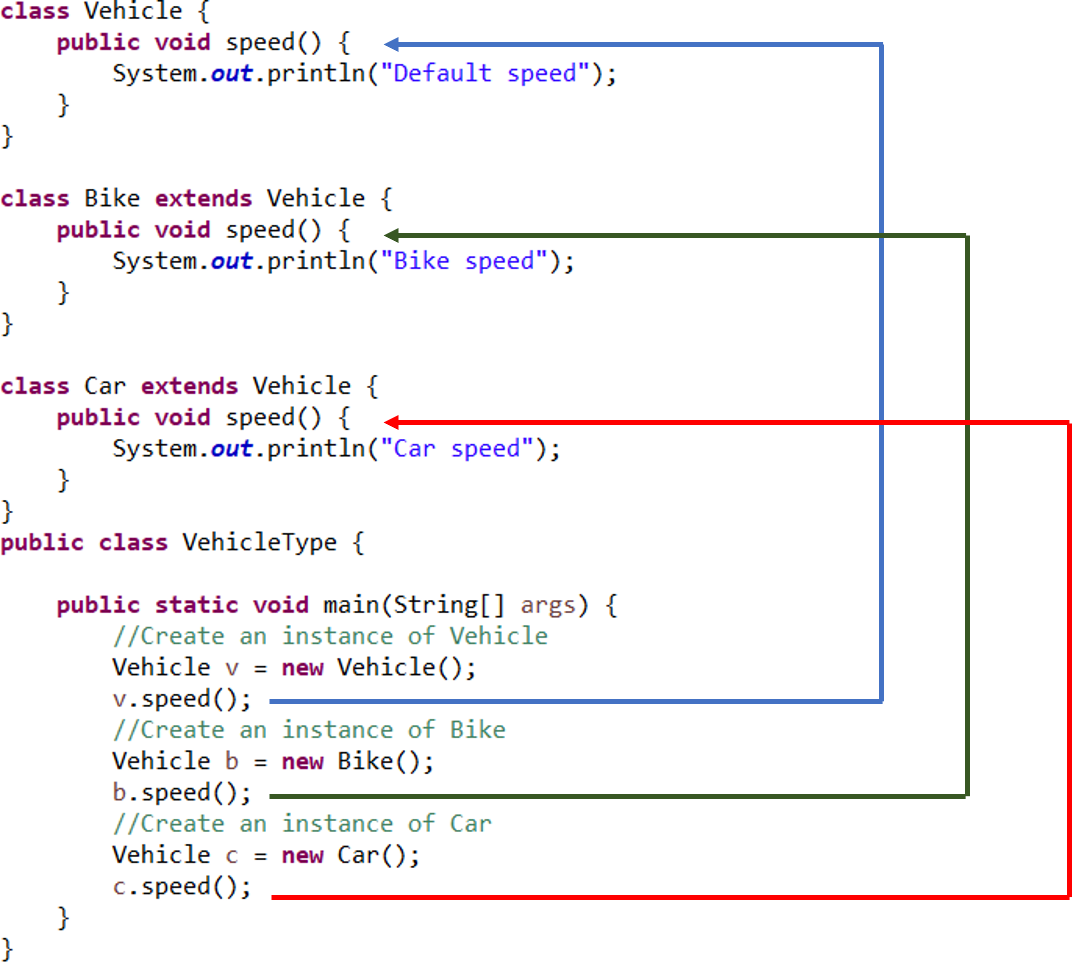 Below is another example of runtime polymorphism where we can use the same object name to create multiple class instances. We first declare an object f of class Fruits. Then using the new keyword we instantiate the object variable for the class Fruits. When we use this object to call the taste method, it calls the taste method of Fruits class. Next, when we instantiate the object variable for the class Apple and call the taste method using this object, it calls the method of Apple class. Similarly, it happens for the Pineapple class.

In runtime polymorphism, only the method is overridden and not the data member or variable. From the below example, we can clearly understand this difference. When we create an object b of instance SBI class from the Bank class, it calls the superclass variable since data members are not overridden. In order to access the subclass variable, we need to create the object from the subclass i.e SBI s = new SBI().