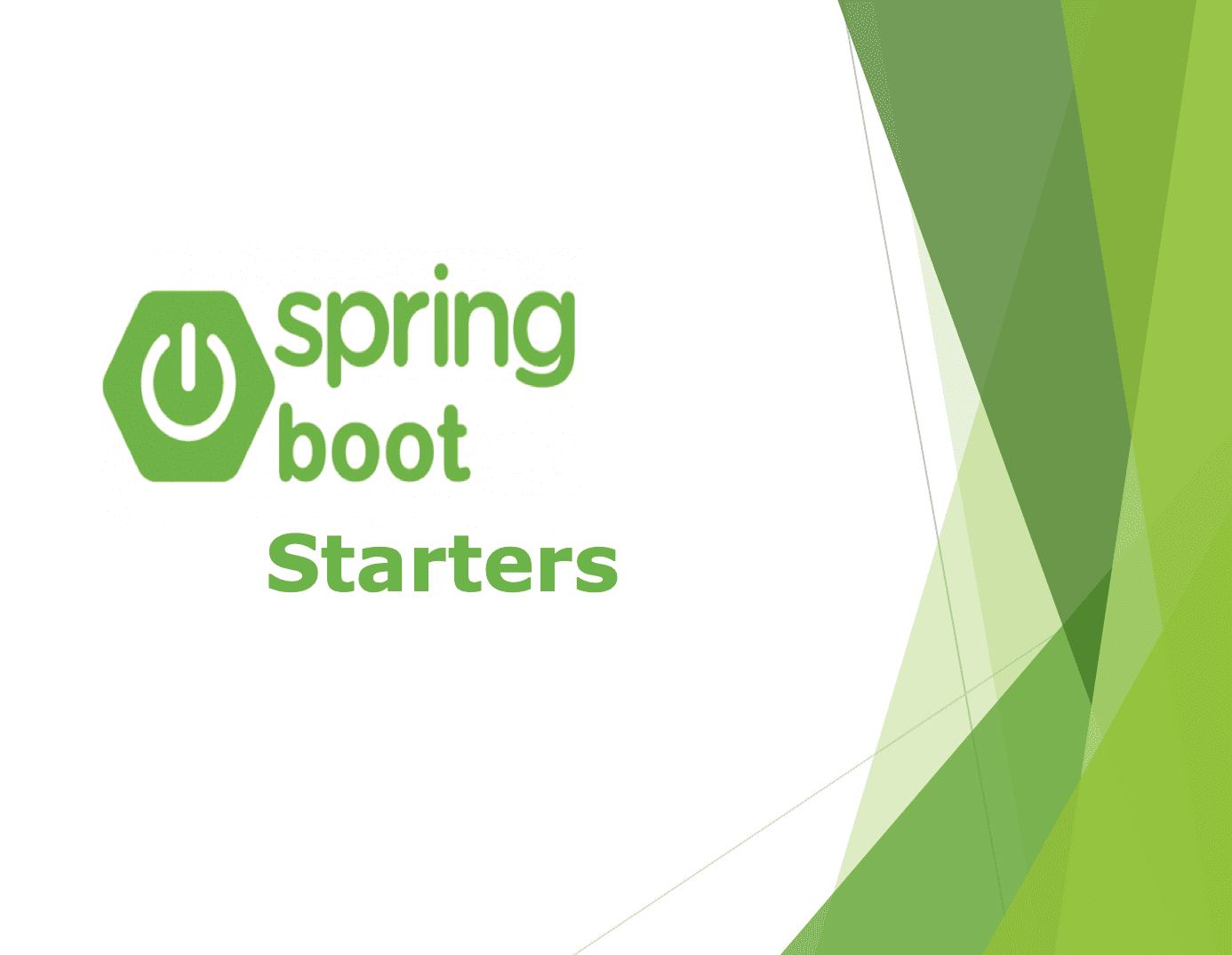 Spring boot Starters make the development of Spring Boot based Java Applications much faster and easier. It automatically downloads the maven dependencies as well as pre-defined setups. Thus, it makes the developer’s job easy by preventing the manual selection of the right dependencies / versions.

The following tutorial explains more details on the advantages of using Starters.

Spring Boot supports a wide range of starters in order to quickly make the application up and running.

Refer following code snippet on how to add “spring-boot-starter-data-jpa” dependency into your application:

All Spring Boot provided starters use the following naming pattern:

spring-boot-starter-* where * is a particular type of application.

This naming structure is intended to help when you need to find a starter. For example, with the appropriate Eclipse or STS plugin installed, you can press ctrl-space in the POM editor and type “spring-boot-starter” for a complete list.

The following are a few application starters that are provided by Spring Boot under the org.springframework.boot group:

Refer to the following table:

In addition to Application Starters, these Starters provides support for getting production-ready features into Spring boot application. Thus, it helps the developer for debugging purposes.

For example, these are used for monitoring your application and gathering live statistics. Refer the following starter:

The following section gives an overview of Technical Starters that are used to exclude/swap certain default dependencies.

As an example, refer the following snippet on how the default dependency (Tomcat) is excluded and a new dependency(Jetty) is included.

The following table gives an overview of some of the important Technical starters:

As part of this tutorial, we have learnt about the importance of Starters as well as its usage in a Spring Boot application.

To sum up, Starters are useful for faster development, reduce complexity in pom and auto-download dependencies.

There are more than 30 Spring boot starters. However, we have covered the main starters used in the projects generally. Refer the following link in the references section to see the complete list of starters.

Introducing TutorialCup, a platform that allows students like you to learn for free!
Contact us: [email protected]
© TutorialCup