Selenium is a multi-browser multi-platform automation tool. But, to achieve this feature Selenium needs browser-specific browser. Hence, to run the Selenium script, on different browsers, we need corresponding browser drivers. In this tutorial, we will learn how to execute the Selenium code on the Firefox browser.

What is Gecko Driver

Gecko is a web browser engine. Also, GeckoDriver provides a proxy to interact with Gecko-based browsers like Firefox. Typically, the applications developed by Mozilla Foundation and the Mozilla Corporation use this driver.

Internally, Selenium tests interact with Firefox using an executable called GeckoDriver.exe. Basically, this executable starts a server on the local system. Then, all the tests communicate to this server to run the Selenium commands.

From Selenium 3 onwards, there is no native implementation of Firefox. So, we need Gecko Diver to establish the link between Selenium tests and Firefox browser.  Therefore, we direct all the Selenium commands to Firefox browser through Gecko Driver. Also, the latest version of Firefox(version 47.0 onwards) does not allow external drivers to interact with the browser. Hence, Selenium tests can communicate to it through Gecko driver only.

We do not need Gecko Driver when working on Selenium 2 and old versions of Firefox.

In this tutorial, we are using the latest available version of Firefox with Selenium 3.

What is Marionette Driver

Marionette is the automation driver which uses the remote protocol of Firefox to control the UI. With Selenium 3, automation script needs to initialize Gecko driver to control Firefox browser. Also, Selenium sends commands to Geckodriver using W3C protocol, which is a world standard. On the other hand, Geckodriver uses Marionette protocol to communicate with the Firefox browser. In short, Gecko Driver is Marionette based solution used for automating Mozilla Firefox.

The prerequisites to execute test on Firefox browser are:

In case you have missed any of the above set up, please refer to the individual tutorials available in our course for them.

Mozilla Firefox Browser is a free and open-source web browser. Additionally, it works on multiple operating systems like Windows, macOS, Linux. Also, the web and mobile devices both use it.

To run the automation on Firefox, you need to initialize the driver to call Firefox driver.

Then, the test script looks for the appropriate driver when you initialize the driver to Firefox driver. Let us try to execute our first test case automation script If the script does not find the driver when you run it, it would throw an exception as shown in the image below: 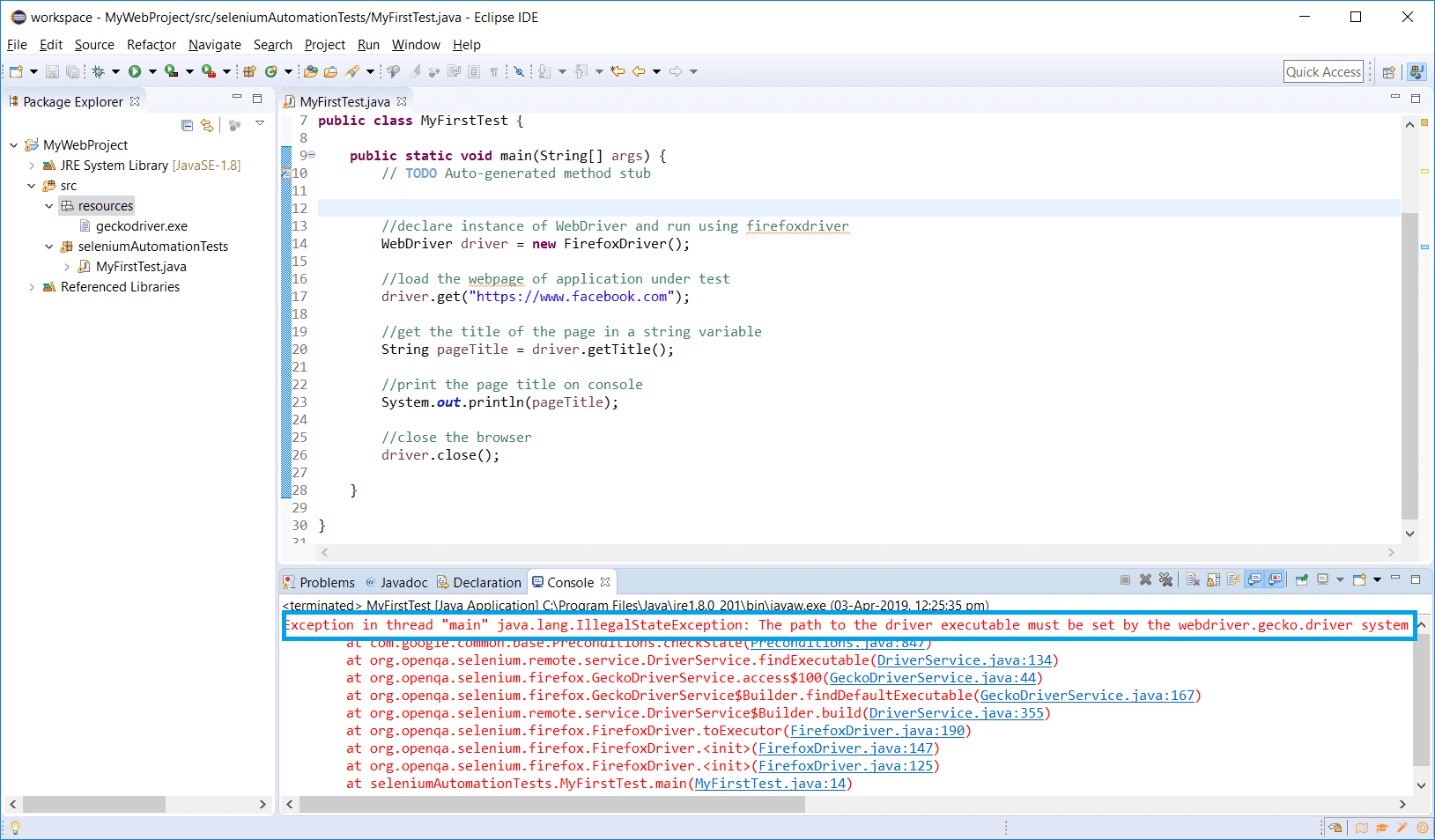 Note: If you have not yet executed the script, you can do so by doing the right click on the java class > Run As > Java Application.

The error clearly says that path to driver executable should be set. Therefore, it implies that it is not able to locate the driver required to run the automation on the desired browser. Hence, to execute Selenium script on the Firefox, we need to set the path to Firefox driver executable.

2. Next, we need to download the latest version of the driver for Firefox which is GeckoDriver. For that, go to the official site of Selenium and move to third-party browser drivers section. Click on Mozilla GeckoDriver link. 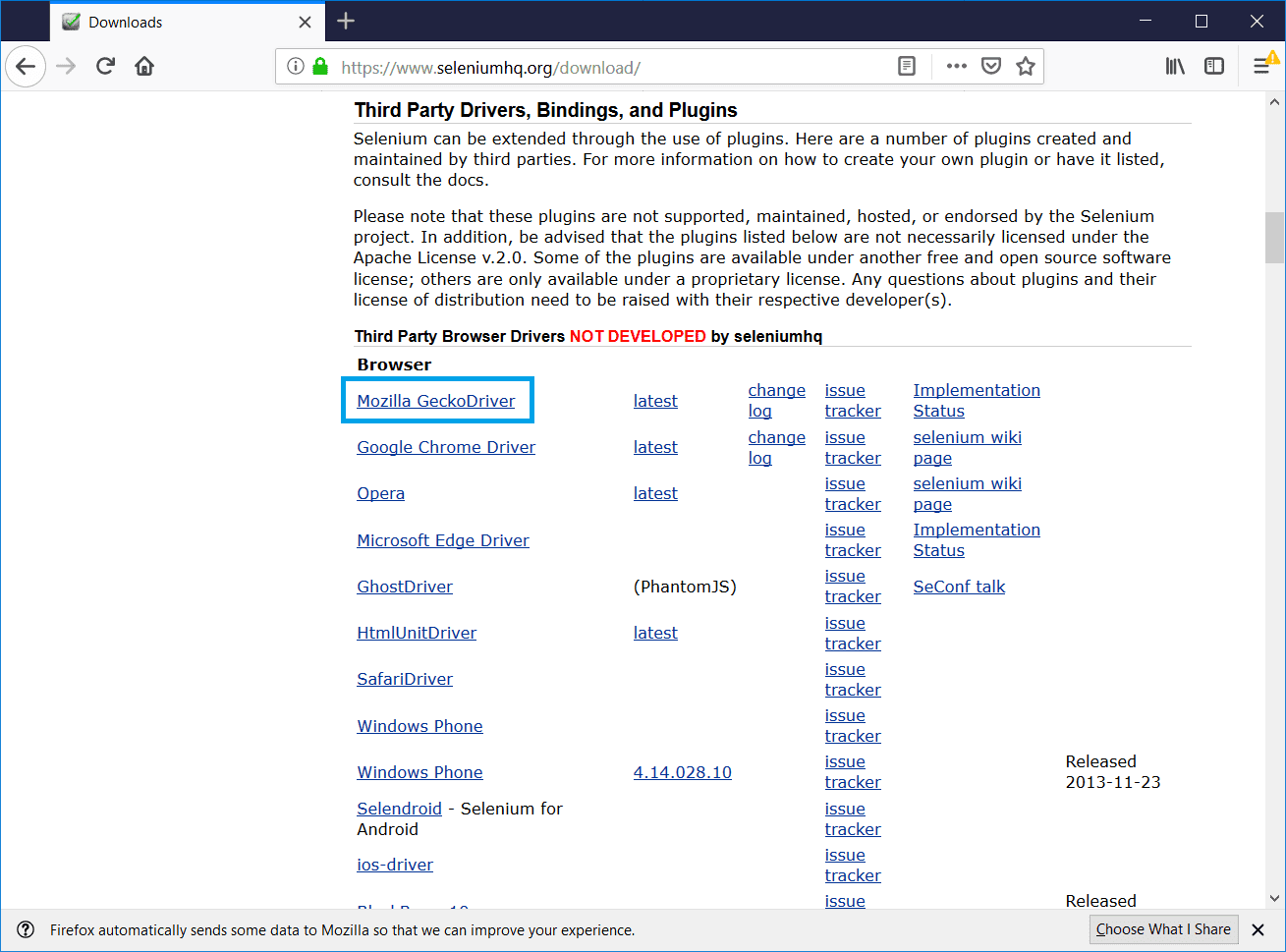 3. It will navigate to the git repository for Geckdriver. There click on Release under Downloads. 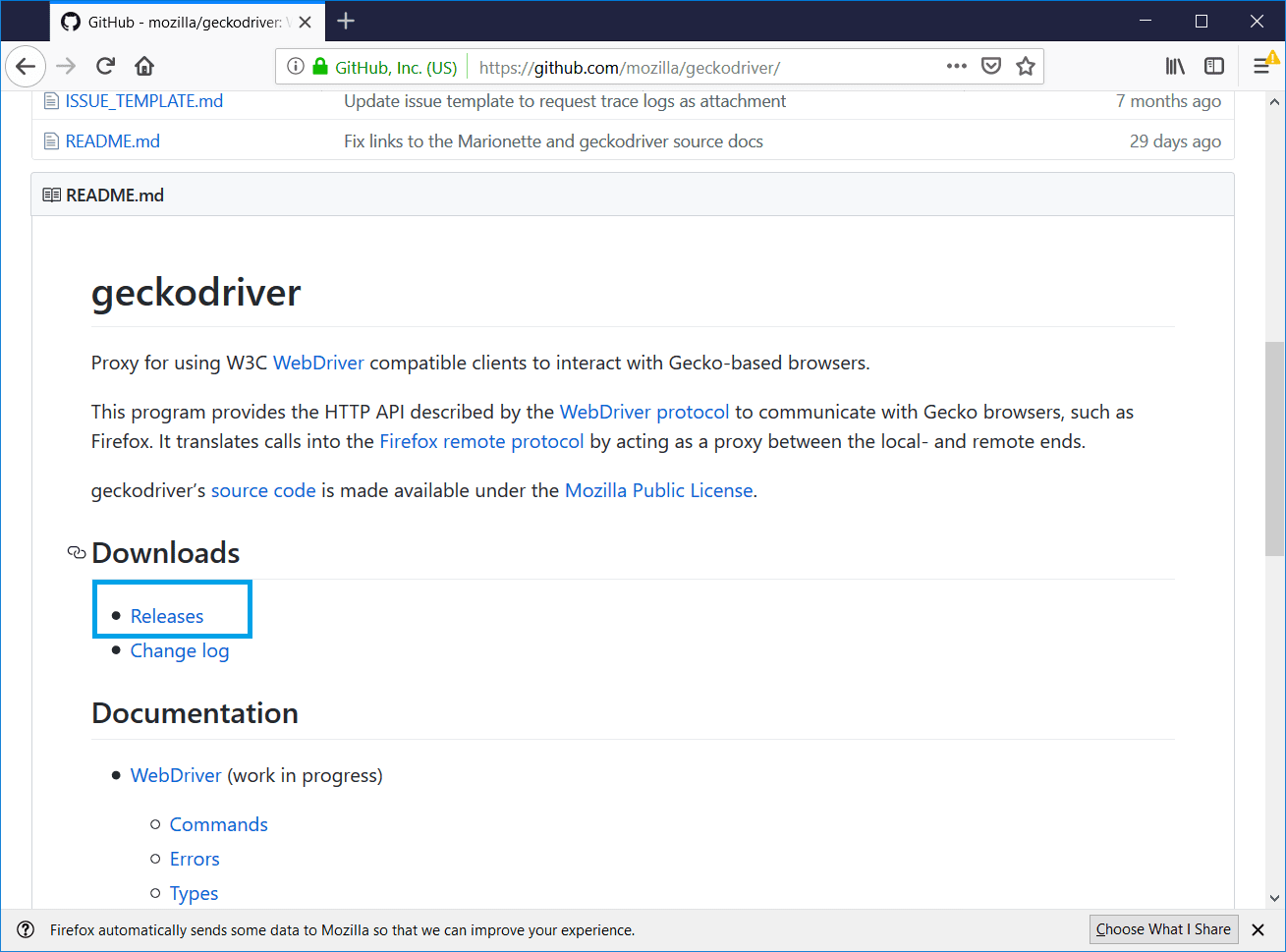 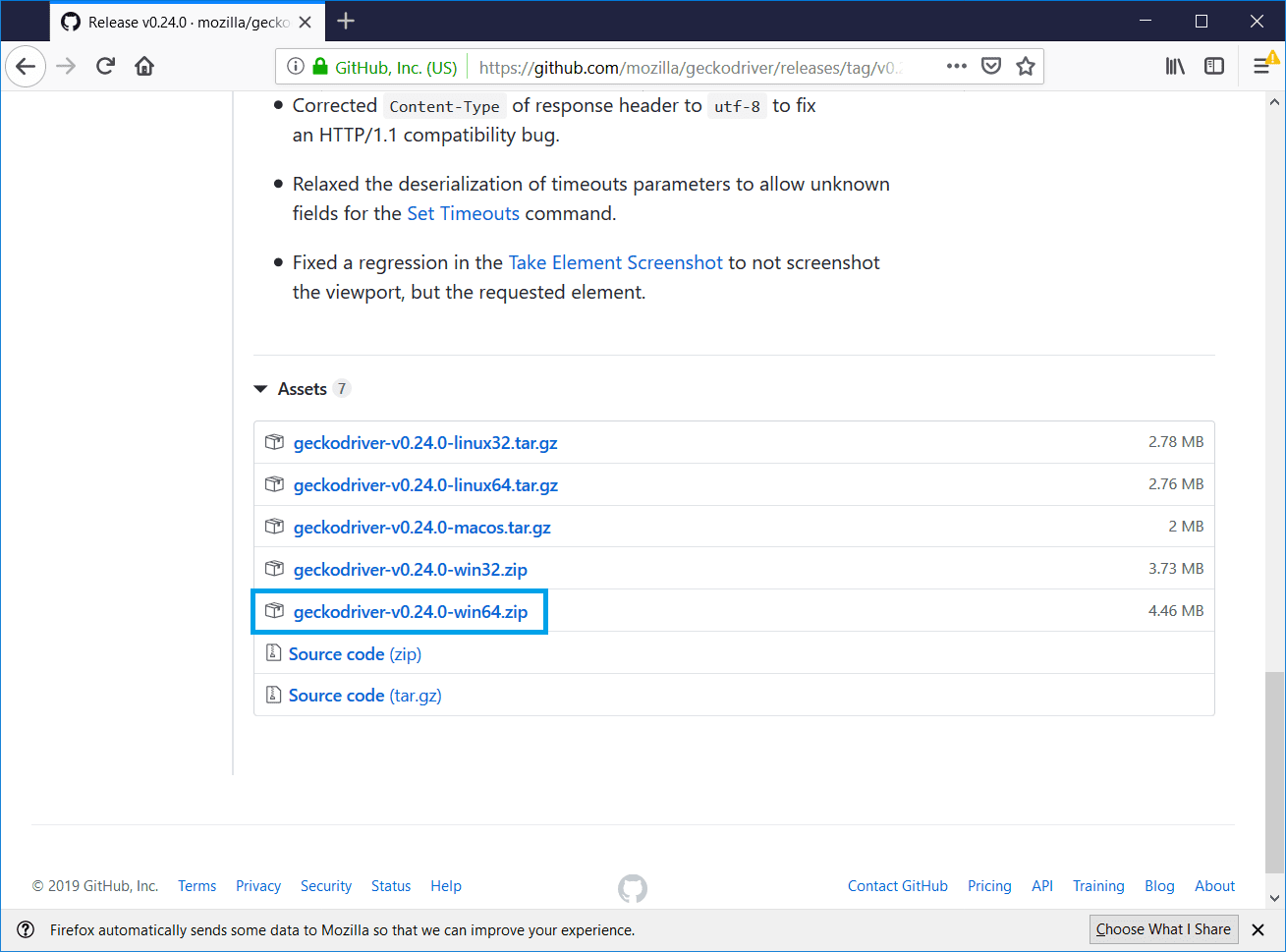 After saving Gecko driver exe, we need to tell the Selenium script where to find it. There are two ways of achieving this:

For the second method, we will set a system property “webdriver.Firefox.driver” which points to the location of Firefox driver executable. Please refer to the code snippet below.

To execute the script, right click on the java class name and go to Run As > Java Application. This will start the execution of the automation script:

When we start the execution of our script then the application under test will be started in a new Firefox browser window. And, it will perform the commands provided in the script. Like, in our case it will fetch the page title and the driver.close() method will close the browser.

We can observe the output of the script on the console window at the bottom of the Eclipse IDE. It will print the page title here.

In this tutorial, we learned about how to set up the Gecko driver for executing Selenium code on Firefox browser. Next, we will see how to execute the same Selenium code on the other browsers like Safari and IE to achieve multi-browser feature of WebDriver.