Reverse Nodes in k-Group LeetCode Solution – Given the head of a linked list, reverse the nodes of the list k at a time, and return the modified list.

k is a positive integer and is less than or equal to the length of the linked list. If the number of nodes is not a multiple of k then left-out nodes, in the end, should remain as it is.

You may not alter the values in the list’s nodes, only nodes themselves may be changed.

Follow-up: Can you solve the problem in O(1) extra memory space? 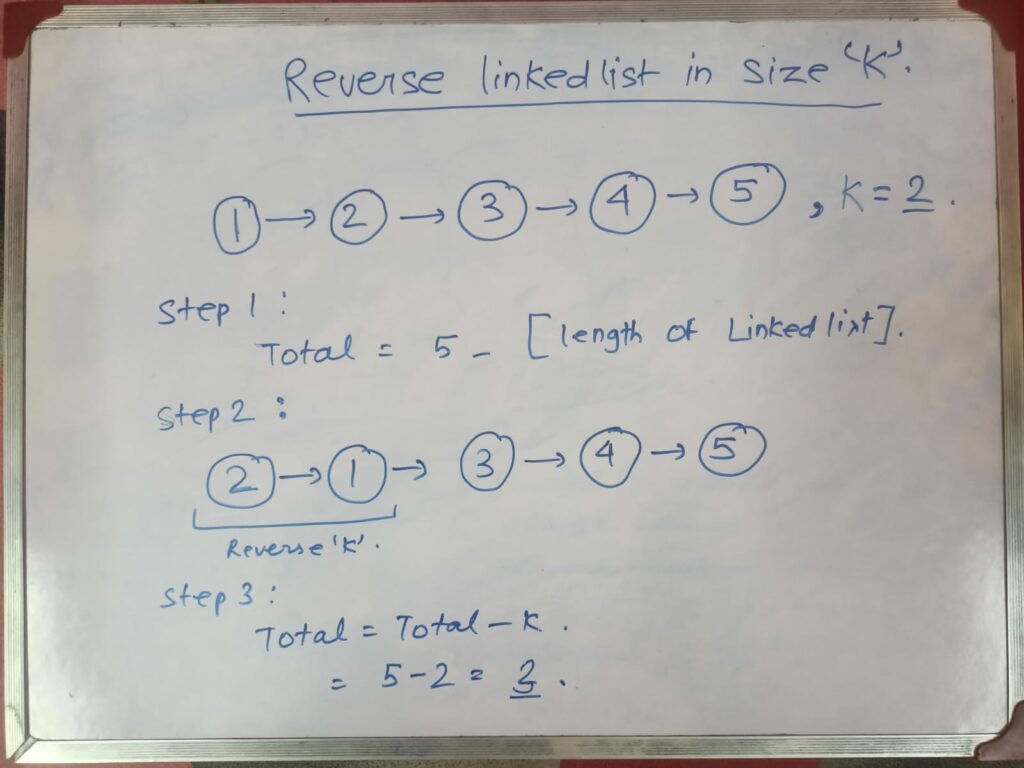 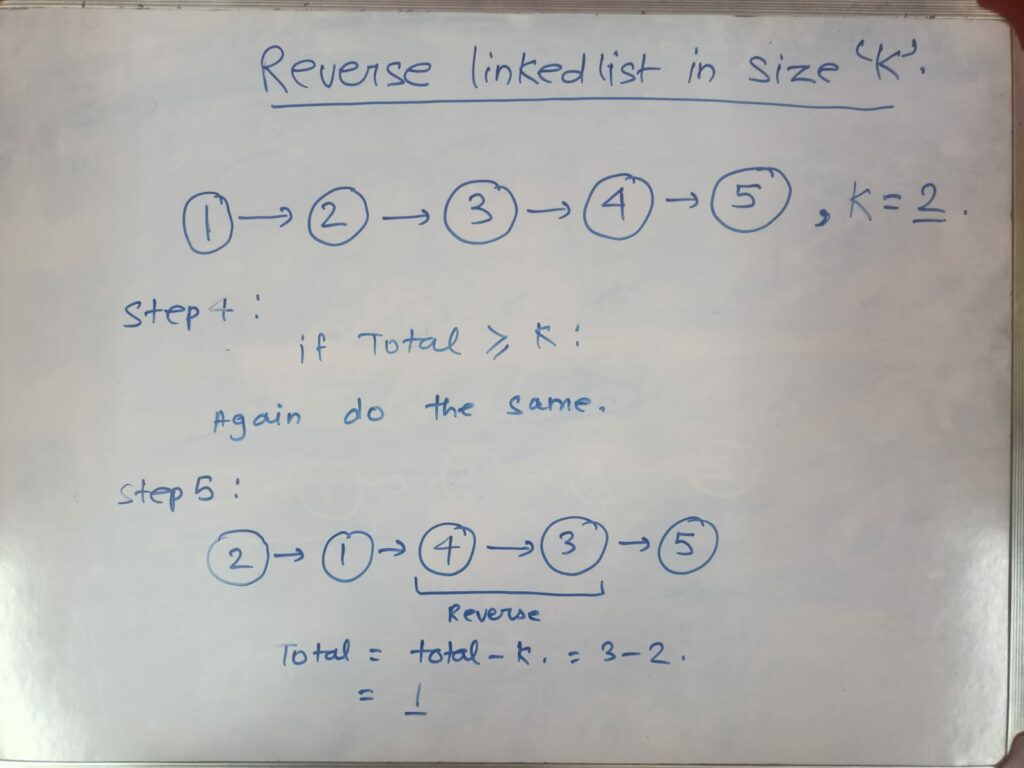 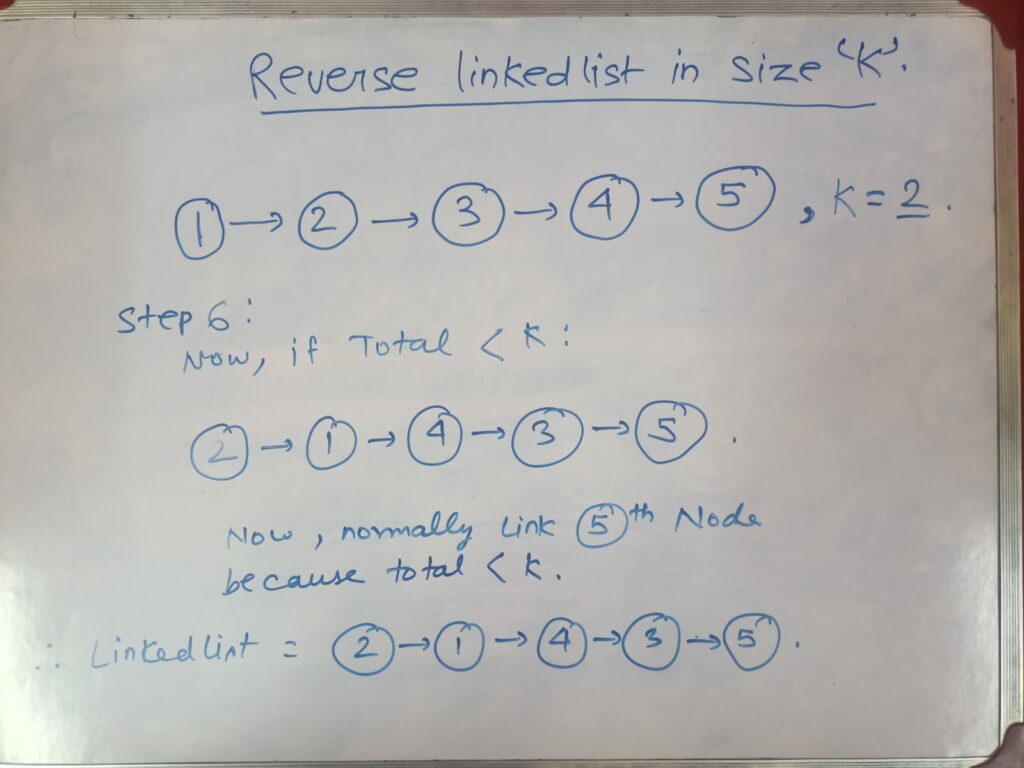 Time Complexity: O(N), As we have traversed the LinkedList three times.

Space Complexity: O(1), As we haven’t taken any extra space.